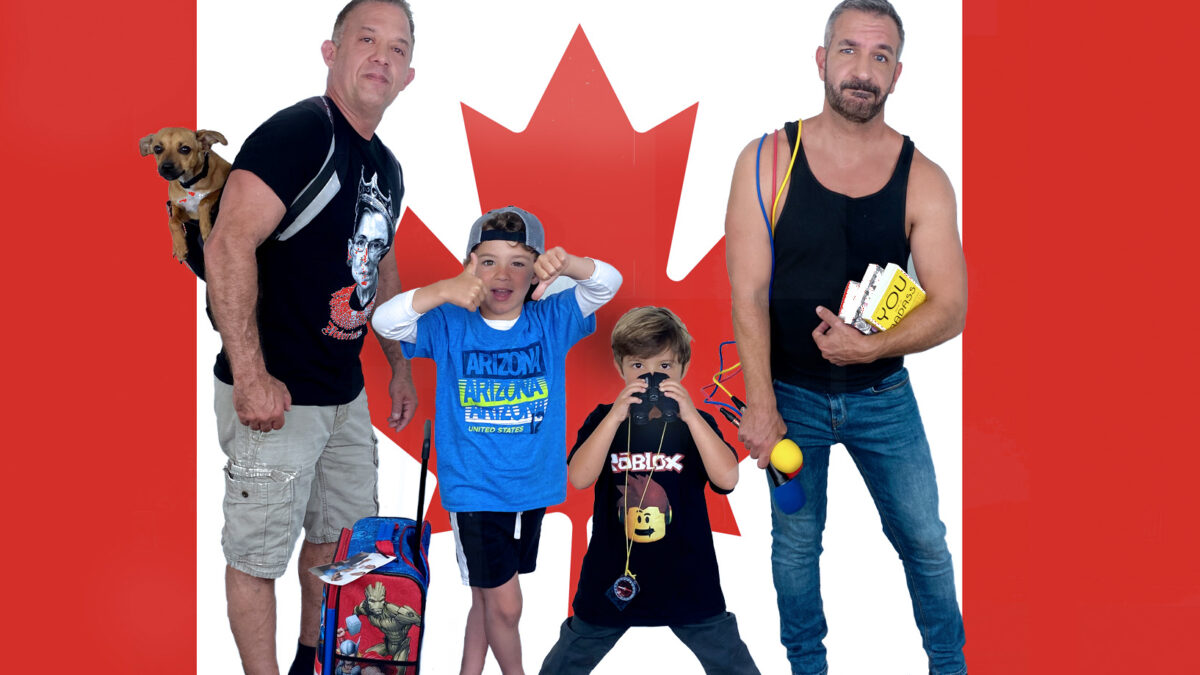 Daddy Squared Around the World: Canada

Daddy Squared: The Gay Dads Podcast looks at fatherhood options for gay men in Canada. We talked with actor Brad Harder Arychuk, a father of two, about being gay dads in Canada in a post-pandemic world.

Canada is was referred to as the most gay-friendly country in the world, when it was ranked first in the Gay Travel Index chart in 2018, and among the five safest in Forbes magazine in 2019. Our guest in this episode, actor Brad Harder Arychuk, says that despite the general acceptance, there is still a long way to go.

“We live in Vancouver, it’s tremendously gay friendly,” Brad says. “People don’t look at you at all being a gay family, but I grew up in rural Alberta in a farming community and that definitely wasn’t the same sentiment, and unfortunately still isn’t. All my extended family is still there, and I don’t [go back there]. Because there’s no reason for me to go back, unfortunately. Unfortunately it’s not an option. Gay rights and gay freedom in Canada have come so far and I’m so glad that we are such a beacon for LGBTQ rights and representation globally. But we still have a long way to go.”

In terms of parenting, both adoption and surrogacy are available for gay men in Canada. Brad and his husband Graham tried to adopt before they finally had their kids through surrogacy.

“There hasn’t been a moment when I pictured myself not being a parent,” he says, “and I know for my husband it was a different journey but we just kinda got to talking about it before our wedding in 2018, we’ve heard from other friends that with adoption it takes a while, we actually looked at adoption first.

“We really wanted to have a newborn and so we did pursue and set up some meetings with a few adoption agencies locally. It seemed like a viable route but there were so many things about it that we just couldn’t control. First of all the number of newborns in our province is extremely low and the waitlist for newborns is something around 3 or 4 years and there’s a few hundred people on the list. So we decided to also look at surrogacy.”

“When you become a parent the rollercoaster ride of learning at the beginning is so intense that sometimes you feel like you’re going to be in it forever and before you know if you’re out,” Brad says.

There are three types of adoption available for gay men in Canada:

International Adoption
Agencies who work in other countries.

The surrogacy process in Canada is very similar to that in the United States although Canada follows what’s called an altruistic model, which means that surrogates are not actually paid, but they have their expenses reimbursed. Generally those are set out in your contract and then there are expenses on top of that.Once the baby arrives there is a post-order, Declaration of Parentage, and you go to court and you have the surrogate’s name removed and both fathers names put on.

“When we created our embryos that was in a private medical clinic, some of our screenings and some of her screenings were done in any of our public clinics which we didn’t have to pay for,” Brad said on the podcast. “Other than that when they implanted the embryo and the meds that went with that – that we had to pay for but everything else, all the checkups but then, once you’re pregnant, everything is paid for.”

If you are bringing the baby home from another country you might have to talk to international lawyer and find out what you need to do when you arrive back into your own country.

Read the story of Matthew Pearson from Ottawa, who, together with his husband Alain co-parent two children with lesbian couple, Karin and Janette.

Brad Harder was born on March 7, 1985 in Alberta, Canada as Bradlee Harder. He is an actor and assistant director, known for The Christmas House (2020) and Aurora Teagarden Mysteries (2015). Married in 2018 and assumed his husbands last name and is known as Brad Harder Arychuk. Their son, Kael Cedric Arychuk also plays his son in the movie “The Christmas House”.

Gay Dads in The Canada: Related Articles and News

Cindy Pelletier, a Canadian who carried a baby for a gay couple from France talks about surrogacy (Feb 8, 2021)

Men Having Babies holds conferences on surrogacy in the U.S and Canada several times a year. The next conference is in mid May. 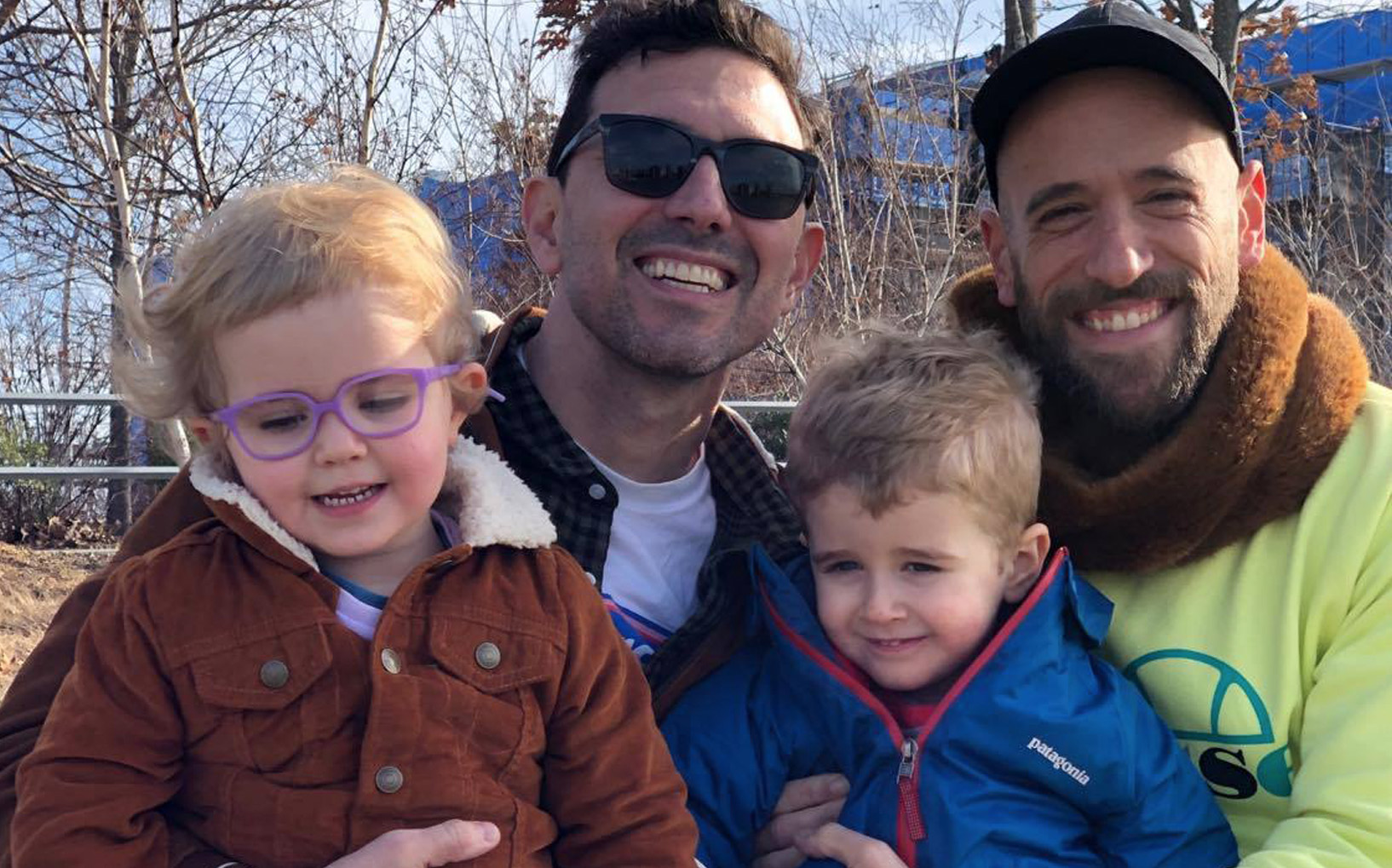 Gay Dads Save The World, Day 5: The Oncologist
A daily dose of gay dads on the front lines of the global pandemic: Dr. Eli Diamond works with cancer patients during COVID-19. Every day we call one gay dad who is an essential worker, and ask him the same questions: how... 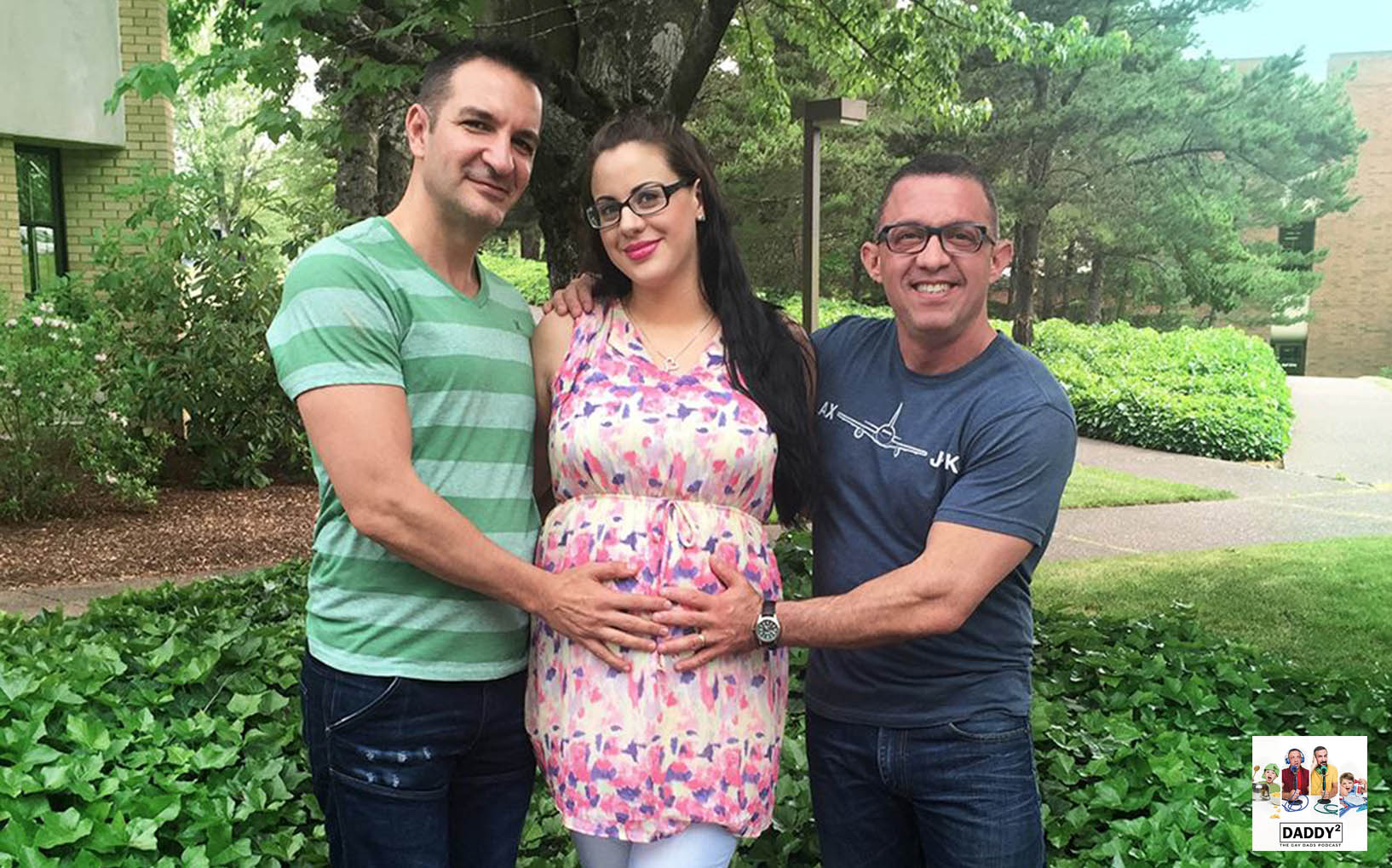