The story of Matt Mason from Wisconsin is very interesting: He was married to his high school sweetheart before coming out as gay, and by the time they decided to separate (in good terms), they’ve already had three kids. How did he come out to his 11-year-old son? and how him and his now fiancé co-parent the kids? “Becoming your authentic self will be worth every struggle you’ll face along the way,” he says. Read his story. 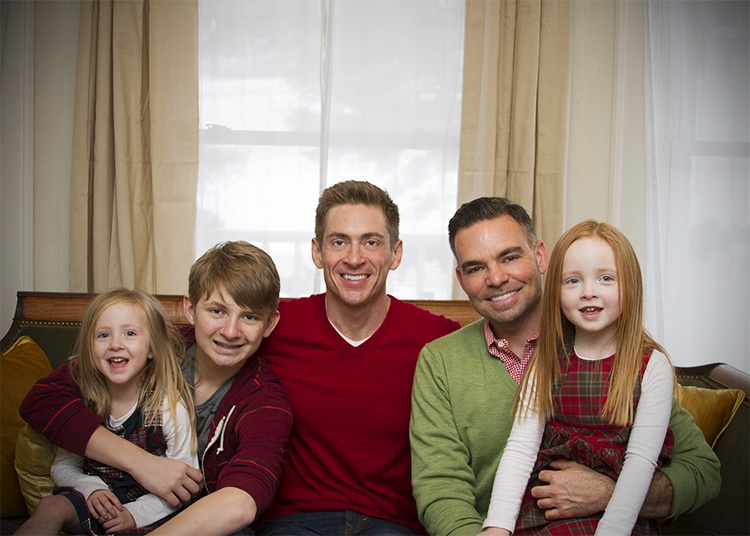 Matt Mason (in the middle) with his fiancé and kids.

When Matt Mason, now 44, and his ex-wife decided to separate, their twins, Maren and Olivia, were around 18 months old. “They really have no recollection of us as a couple,” Matt says.

Their older son though, Ethan, was 11 years old, and he had only know a life with a mom and a dad. “When we told Ethan that we were divorcing, I thought it best not to complicate matters by sharing the reason behind the divorce — that I am gay,” Matt says. “Being the curious, fact-based, soul that he is, he wanted to know why. There were no outward signs that would have prepared him for this news. For two weeks he asked that question. I wasn’t sure he would fully understand what being gay meant, so, my response was, ‘it’s an adult reason.’ This was never enough, and I felt like I was doing more damage than good.

“I decided to consult with Ethan’s child therapist, and she made it clear that it was time to tell him. He needed an answer, some closure, as to why his whole world was changing. I sat him down and told him that I was gay, and that was the reason that we were divorcing. He cried, a guttural cry, for about 30 minutes. And, to my surprise, he has been completely fine with it ever since. Kids are more resilient than we give them credit for.”

According to Matt, his coming out was a progression. “I knew that I was gay since I was 16 years old,” he recalls, “I had an epiphany on my drive home from work at the local Dairy Queen (the irony is not lost on me) when I was 16. I thought to myself, ‘Matt. Are you gay? YOU. ARE. GAY!’ My immediate next thought was, ‘NOPE. You can’t be. Won’t be. Repress. Repress. Repress.’ And that is exactly what I did for many years.”

“While I was married, I eventually admitted to my wife, Tracey, that I had an attraction to men several years before we decided to separate. We’ve known each other since we were in high school. We met during study hall, and every day we shared our love for music and wicked senses of humor. We had, and have, much in common. I believe that is what has allowed us to sustain a mutually satisfying relationship for over 20 years.”

But when Matt turned 40 the couple knew that it was time for them to separate. “The separation was civil,” Matt says, “kind with our children’s best interest at the center of every decision we made.” Shortly after that, Matt met his fiancé, Travis.

“I remember coming across the handsome smile of a farmer/professor in Wisconsin on Tinder,” Matt shares. “I was almost sure, based on experience, that this had to be a fake profile. Handsome. A farmer? Professor? Harvard graduate? Single? I believe Travis’ profile included the line: “If Dolly Parton and Thomas Jefferson had a bastard love child, that would be me.” I was intrigued (really, who wouldn’t be?), so I swiped right. We ‘matched’ in April of 2015. With me living in Iowa City, Iowa and Travis living in Spring Green, Wisconsin — we still have no idea how our searches crossed in the app’s 90 mile limit when we were at least 150 miles apart. I like to think that fate might have had something to do with this.”

“We had a few conversations via Tinder, and a few months later they decided to meet for dinner in a city in between where they lived. “Needless to say, the date went swimmingly,” Matt says, “we now live, and parent, together in Wisconsin.” The two got engaged at the beginning of the month and plan to marry in the Spring.

“While I was dating, it was a requirement that whomever I would bring into my life had to want children, and, hopefully, would ultimately share in parenting duties with me,” Matt explains. “Travis and I dated for several months before he met the kids. He has wanted a family of his own his whole adult life — so when the time came, he jumped and didn’t look down.”

Travis went from having no children, to having two toddlers and a teenager overnight. “He was more-than up for the challenge — the twins have called him ‘Daddy T’ since I can remember,” Matt says. “In our family, co-parenting means 50/50. We share the duties and hold the same values when it comes to parenting, and I know this helps immensely. As one could imagine, blending the lives of two men over the age of 40 does not come without its struggles. But, parenting, and how to parent, has never been an issue for us.” 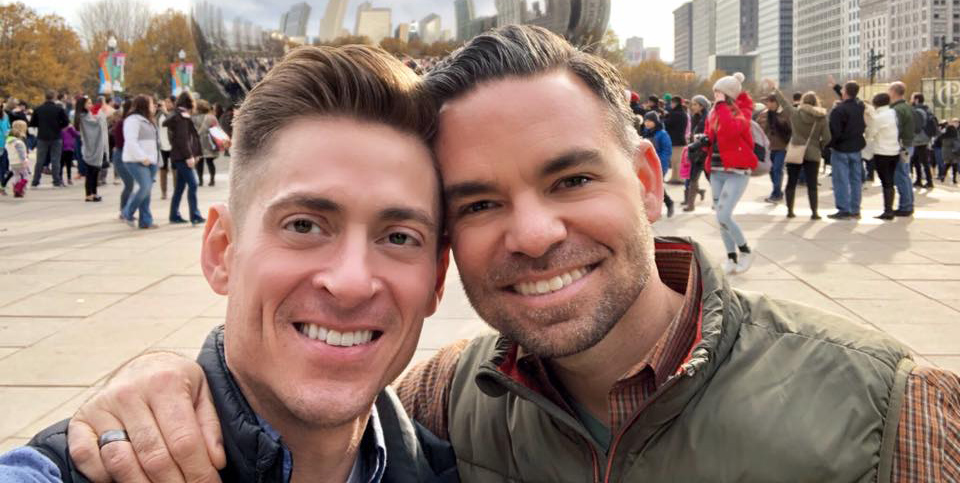 Travis and Matt live in Wisconsin and Tracey lives near by. The kids divide their time between the two homes. “Travis met Tracey a few months after we began dating,” Matt says. “Tracey has welcomed Travis as a parent from the beginning. We are all friends — we do family events together, and the three of us even go out together on our own. It’s a special situation, and I feel very fortunate to have it.”

Yet, Matt and Travis have plans to make the family even bigger. “It will depend on several factors, but we are considering having one more via surrogacy,” Matt reveals.

“I don’t know if I can actually pin-point the hardest thing — there isn’t just one thing. What I can say with certainty — single-parenting toddler twins is the hardest thing I’ve ever done. Ever. This, from a man who came out at the age of 40.

In the beginning, when I would have the kids on the weekend by myself, the twins were just heading into their terrible twos. There were two of them and one of me. I did my best to keep everyone safe, fed and diapers clean…but I have stories. Poop smeared on bedroom walls. Pulling toilet paper off of the roll to the very end (over and over and over). Every last bit of clothing pulled out from dresser drawers and scattered around the bedroom. I definitely earned all of my “dad stripes.”

I’m proud to say we’ve all survived, so far. Despite the challenges, I love our kids dearly, I’m so thankful for them and I try to enjoy every moment. Co-parenting with Travis has allowed me the freedom to enjoy ‘the moments’ even more.”

What do you advise to men who are married to women and think that they might be gay?

“When you’re ready, it is not impossible to change your life. It won’t be easy, but I can say this with confidence: becoming your authentic self will be worth every struggle you’ll face along the way.”

Gay Dads: Stories Archive
#co-parenting, #coming out, #Wisconsin
Previous Post
That Time When We Had a Huge Fight in Front of the Kids
Next Post
That Time My Husband Went on a Three-Day Working Trip Out of Town 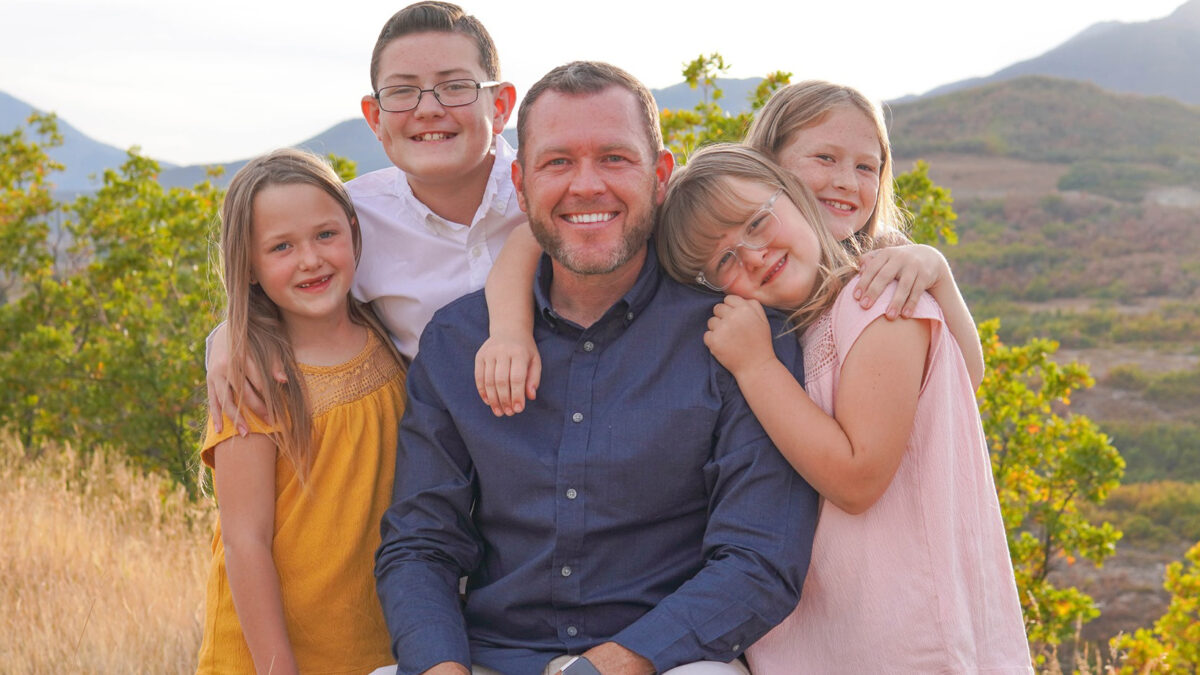 The Chicken Whose Dream Almost Got It To End Up In A Noodle Soup
Gay dad Kyle Ashworth answers homophobic comments on social media with a story about his chicken. A hen whose dream to become a mother realized in a non-traditional way-- but didn't make her less of a mother. (This amazing story... 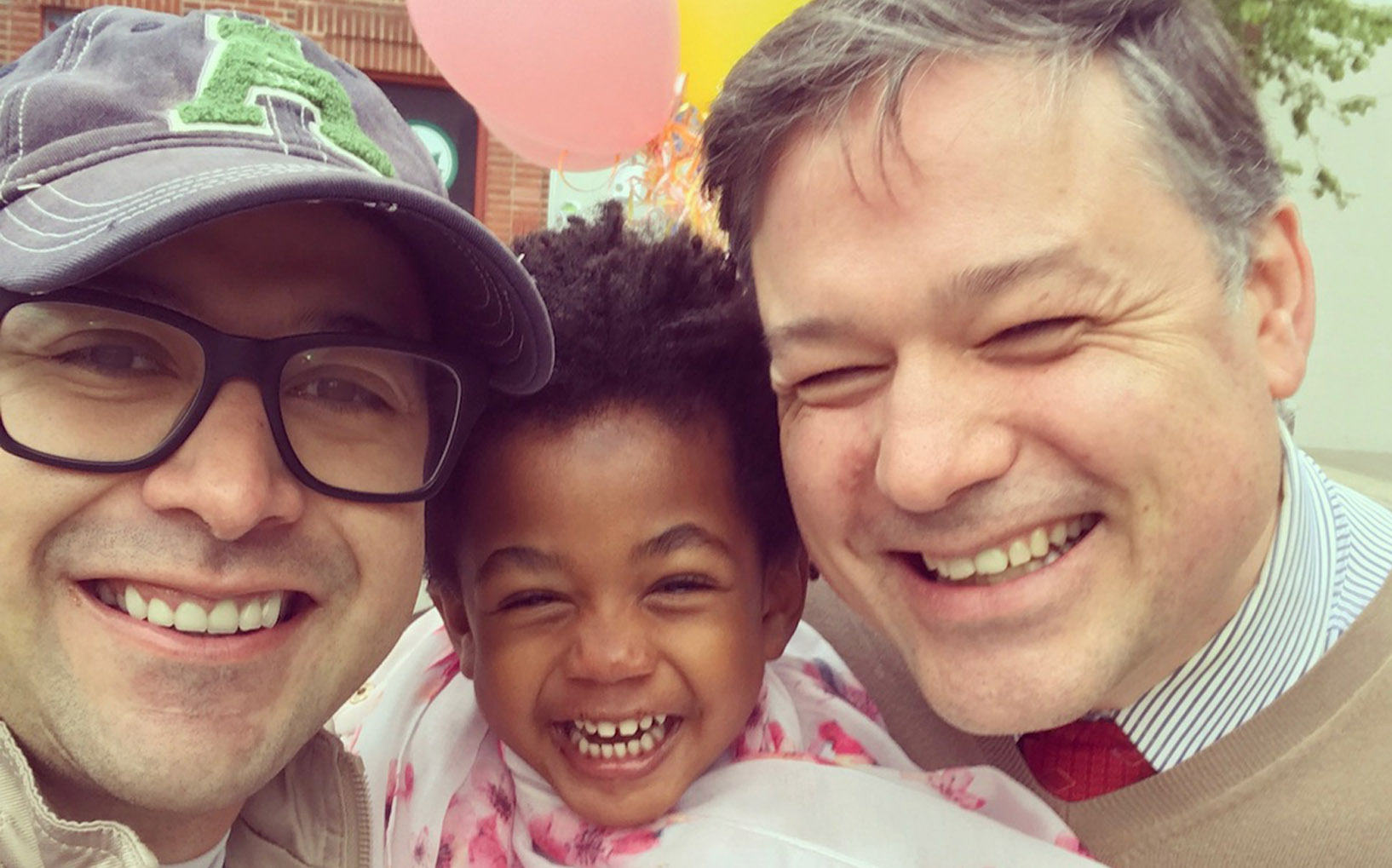 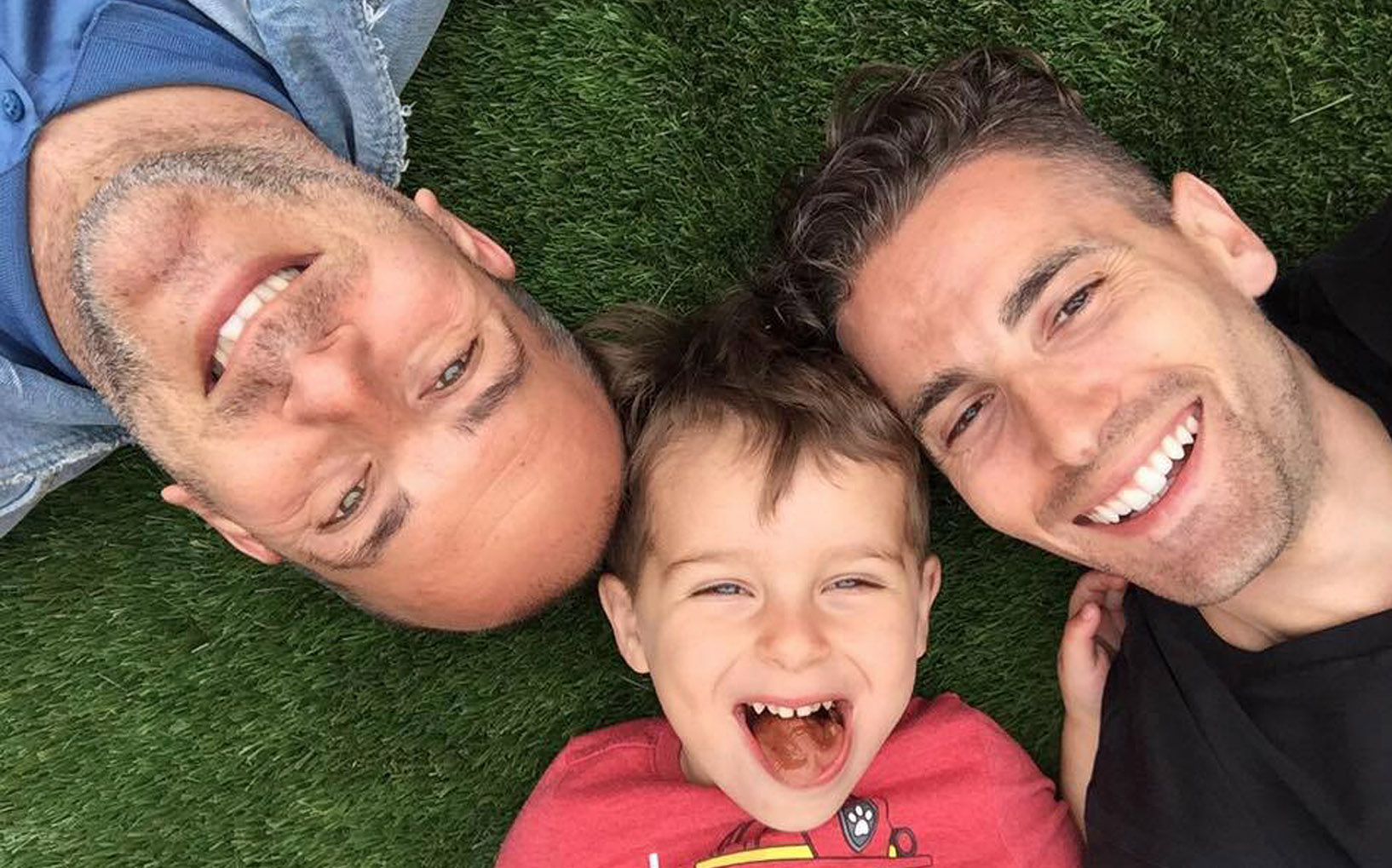