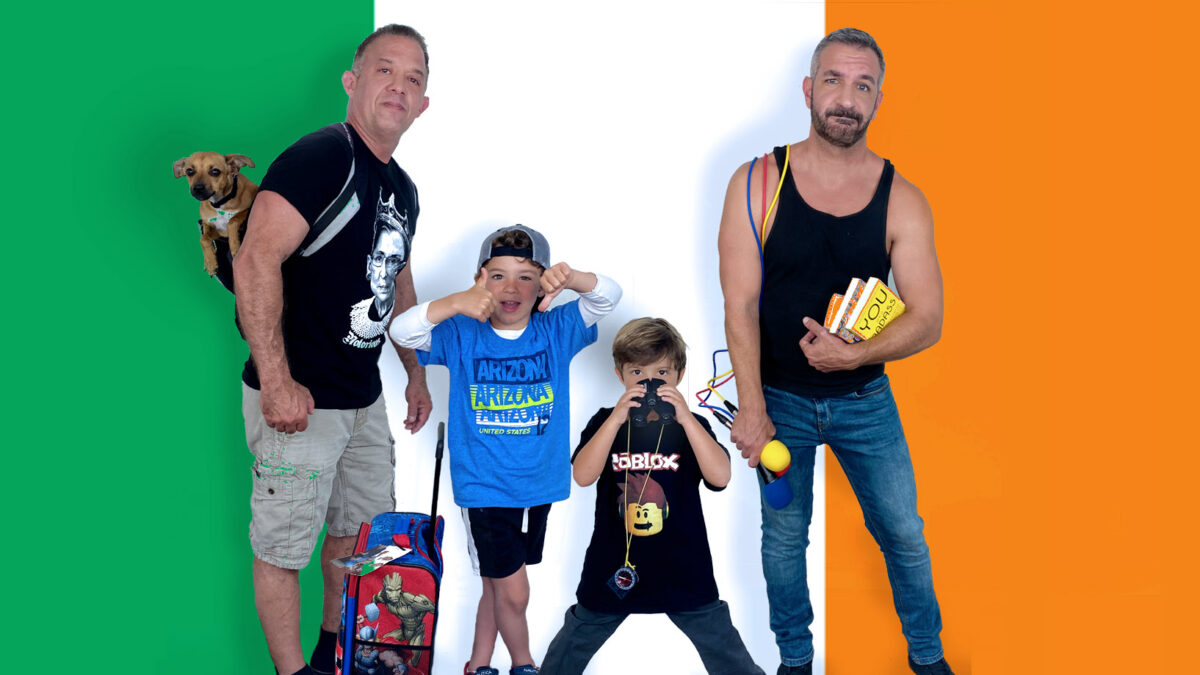 Daddy Squared Around The World: Ireland

Daddy Squared: The Gay Dads Podcast looks at gay rights and fatherhood options in Ireland. We talked with Irish Minister for Equality Roderic O’Gorman, to get a taste of what it’s like being gay in Ireland, and researched options for Irish gay men who want to become dads.

“I think in terms of surrogacy, the problems that are faced by gay couples, we have very little legislation about surrogacy, and how the law treats children born through surrogacy,” Minister O’Gorman said on Daddy Squared podcast, “and that’s something that this government is acting on, we’re committed to acting on this.”

“Laws of surrogacy are dealt with by our department of health and they will be leading on this but my department of equality and also the departments of children and of justice,” Minister O’Gorman explains, “We have all been working together, so the three ministers have met a number of times with our attorney general. As I’m sure you know, there are many different circumstances in which a child can be conceived as a result of surrogacy, and different people can be involved depending on the approach taken, so there’s a whole range of legal relationships that has to be regulated. Obviously of course, the center to that are the rights of the child, and I’m actually meeting with the minister for justice and the minister for health next week to continue to work on this.”

“Obviously our department of health, like every department of health across the world, has been absolutely focused on COVID over the last 15 months, but I think as we come out of COVID now and the situation here in Ireland has been improving significantly, we need to prioritize issues like this and it is a priority for this government. I know Mark said it’s not an emergency, but it leaves hundreds, if not soon to be thousands, of children in a really grey area in terms of their legal rights with respect to their two parents and that can’t go on.”

Roderic O’Gorman is an Irish Green Party politician who has served as Minister for Children, Equality, Disability, Integration and Youth since June 2020. He lives in Dublin with his partner, Ray Healy. He has said that he knew he wanted to be a politician even before he identified his sexuality.

Surrogacy for Gay Men in Ireland

“I think that surrogacy is what’s growing at the moment [as an option for gay men to build their family in Ireland] and that’s why it’s so important to provide that regulatory and that legal framework protection for children and to make sure that the legal relationship between the child and their two dads is clear and strong,” Minister O’Gorman said on Daddy Squared Podcast.

There is no Irish legislation to cover the legal issues arising from surrogacy. Due to this current vacuum, the legal status and rights of all involved are governed by legislation dealing with non-surrogate births and children. Read about Ireland’s surrogacy legal status on CitizenInformation.ie

Fostering and Adoption for Gay Men In Ireland

“Internally in Ireland, there aren’t as many mothers giving their children up for adoption anymore,” said Minister O’Gorman, “so the number of children who are available to adopt every year is very small. Some adoptions will take place within the family, maybe family members are deceased.”

In Ireland, there are currently over 6,000 children and young people in care and almost 90% of these are living with foster caregivers. If you are thinking about becoming a foster family, please make sure you follow all the prerequisites:

The Irish Foster Care Association can also help with any enquiries you might have around fostering a child. See: www.ifca.ie

If you are considering adoption contact a your Local Adoption Office in the HSE.

Often when we discuss issues related to surrogacy ethics, we focus on the surrogate and the prospective parents. Possibly even more important, though, are the rights of the children, themselves. What are the ethics regarding the children once they are born? Some kids can find themselves without basic rights like citizenship, health insurance and everything that’s related to that. There’s a lot of discourse worldwide that starts with surrogacy, and organizations like Men Having Babies claim that regardless of how a child came to being, they should have inherent rights for citizenship and parentage, and that they should be able to cross borders and be able to live discrimination-free regardless of opinions about the process by which they were brought into the world.

Katherine Zappone is a former American-Irish independent politician who served as Minister for Children and Youth Affairs from May 2016 to June 2020. She was a Teachta Dála (TD) for the Dublin South-West constituency from 2016 to 2020. She previously served as a Senator from 2011 to 2016, after being nominated by the Taoiseach. With her Seanad nomination, she became the first openly lesbian member of the Oireachtas and the first member in a recognised same-sex relationship.

Norris is an Irish scholar, independent Senator and civil rights activist. Internationally, Norris is credited with having “managed, almost single-handedly, to overthrow the anti-homosexuality law which brought about the downfall of Oscar Wilde”, a feat he achieved in 1988 after a fourteen-year campaign. He has also been credited with being “almost single-handedly responsible for rehabilitating James Joyce in once disapproving Irish eyes”.

Johnny Logan from Ireland is known by the name “Mr. Eurovision,” having won for Ireland twice as a singer (1980, 1987) and again once as a writer (1992). His song Hold Me Now is not only a multi-million seller single, but also voted in the top 3 most favorite Eurovision songs of all time.

Linda Martin – Represented Ireland twice in the Eurovision Song Contest: First in 1984 with Terminal 3, and later she won for Ireland in 1992 with Why Me?, which became a massive hit in several countries in Europe.
Niamh Kavanagh – Represented Ireland in twice in the Eurovision Song Contest. First in 1993, she won the contest with the song In Your Eyes, then in 2010 with It’s For You.
Eimear Quinn – Eurovision Song Contest 1996 winner with the song “The Voice”. Since then she has toured and performed extensively internationally and has released four albums of her work, the most recent being Ériu, recorded with the RTÉ Concert Orchestra and released in 2020. 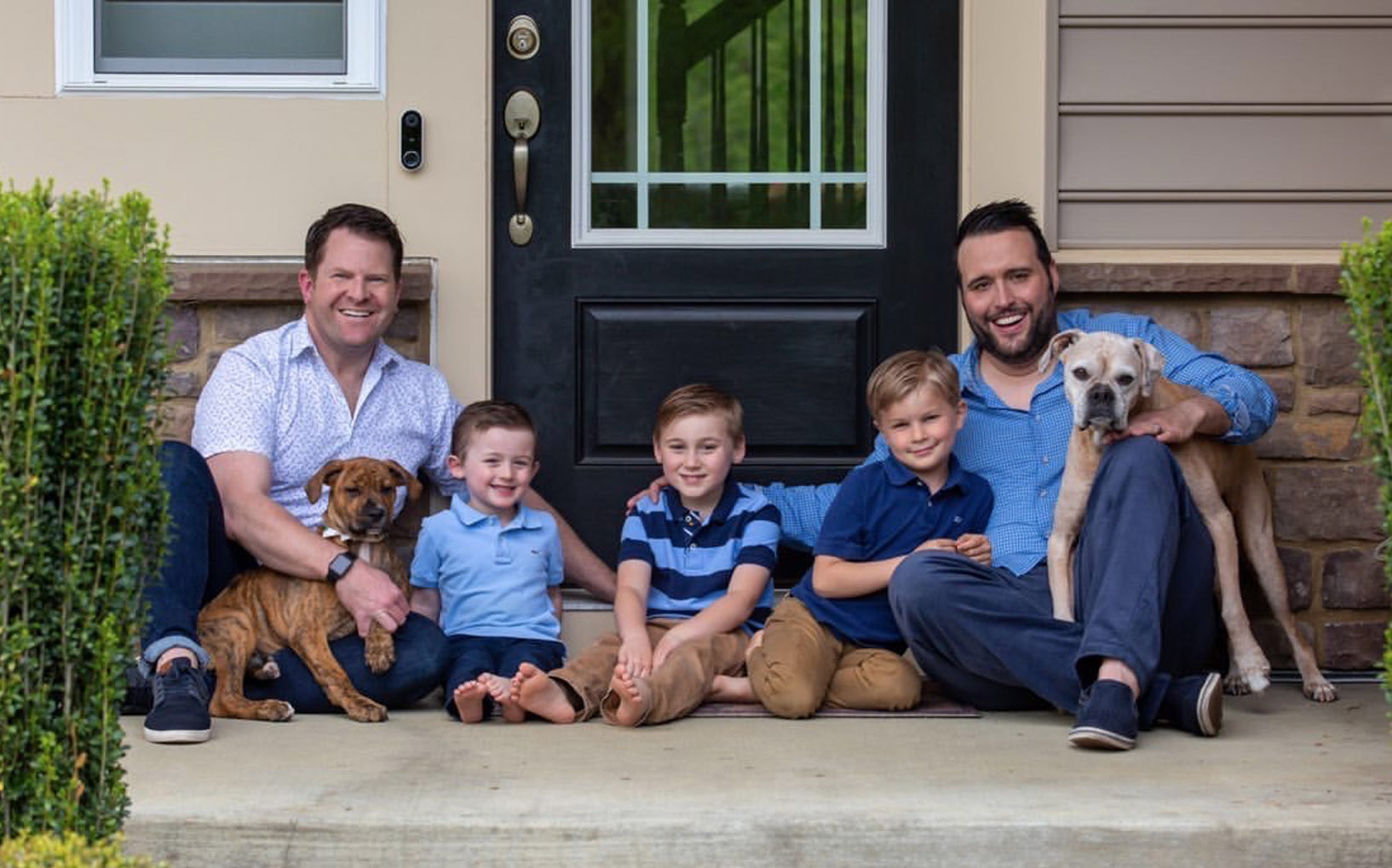 Gay Dads Save The World, Day 16: The Paramedic
A daily dose of gay dads on the front lines of the global pandemic: Jonathon Miller is a paramedic in West Virginia and a dad of three with his husband Blair. "I've been a paramedic now for 20 years, I've seen a... 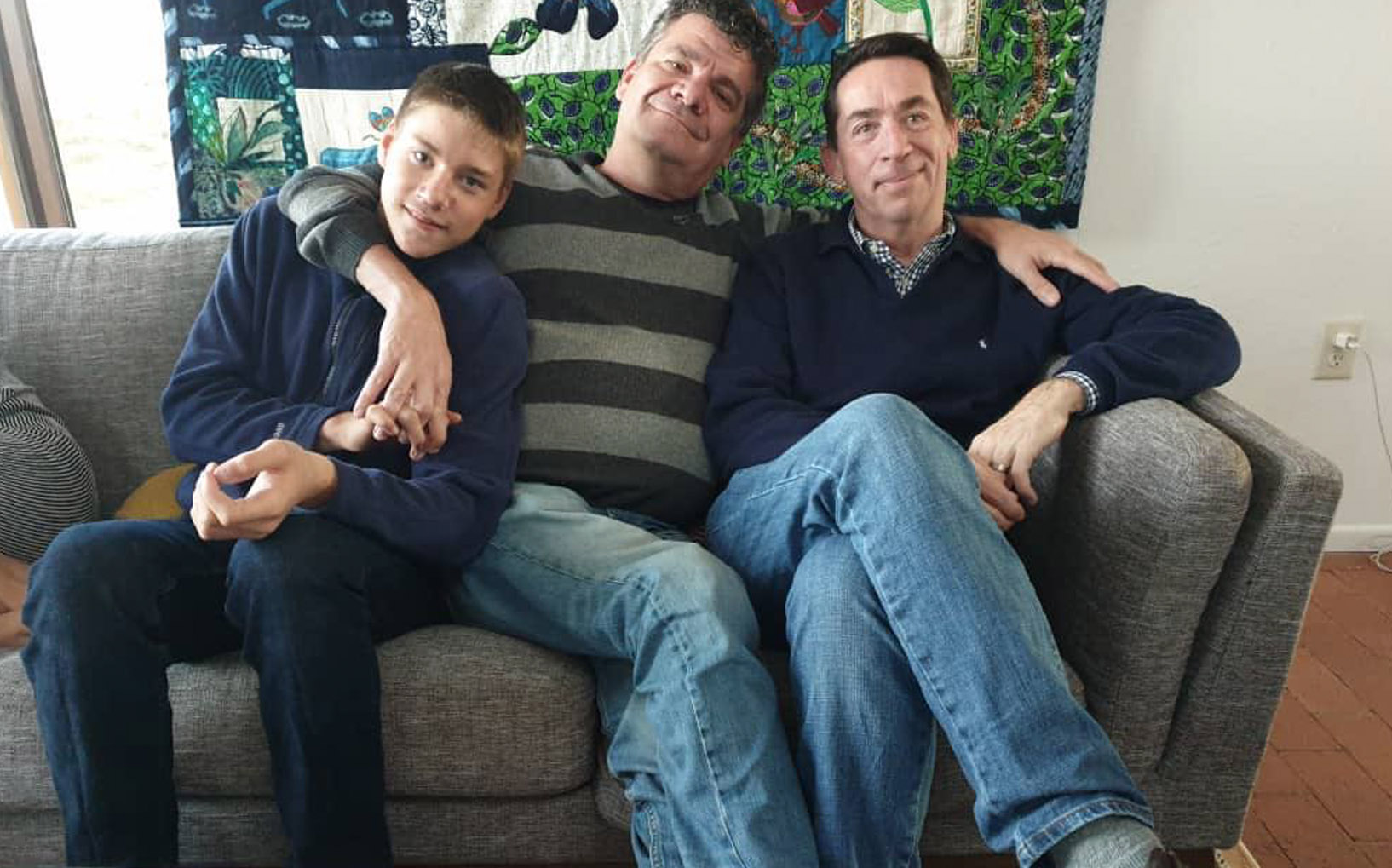