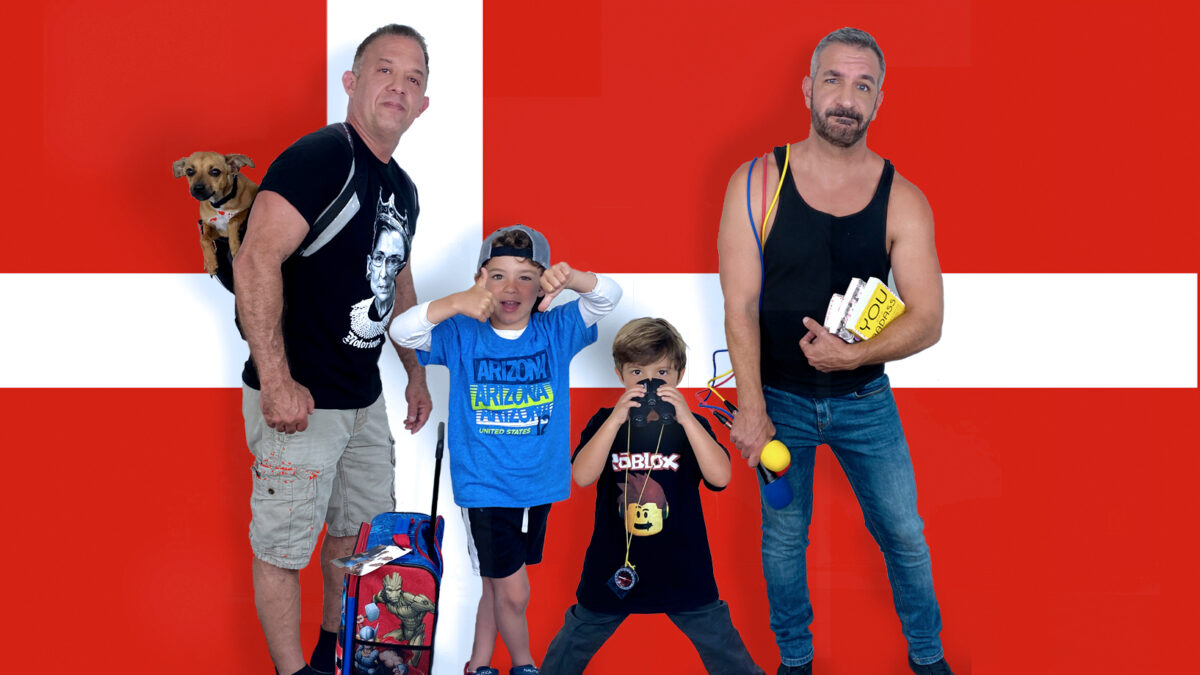 Daddy Squared Around the World: Denmark

Daddy Squared: The Gay Dads Podcast looks at gay rights and fatherhood options in Denmark. We talked with Danish singer songwriter Bryan Rice to get a taste of what it’s like being a gay dad in Denmark, and researched options for gay men who want to become dads.

Rainbow Family is the term used in Denmark for families with one or more LGBT persons in an immediate family. Our guest in this episode, singer and songwriter Bryan Rice, is a prominent example of a rainbow family, as he co-parent his daughter with his husband, Mads Enggaard and Mads’ high school (straight woman) friend.

“I feel it’s quite common here, I don’t feel special,” Bryan says. “There is a common sense that families like mine are just as much families like others’. we have so many different types so this is just, as I call it, a happy divorced family. We don’t have the baggage that often divorce families have.”

“Liv, [Bryan and Mads’ daughter] has a mother who also live here in Copenhagen as well, who is an old friend of my husband Mads, so they have known each other since they were in high school and I have known her for all the time I know Mads, so we are a Rainbow Family.”

Liv’s mother came to the couple when she was about to reach 40, and said that she had no boyfriend and she reached a point where she wanted to have a kid and she wanted to know if they wanted to be the fathers.

“When we started talking about the project, we talked about how to start when the kid is born, what do we do at a certain age, when do we start splitting, when will she start to have one or two nights at our place without her mother,” Bryan recalls. “We have what we call a child contract, and that is quite common here. The contract is based on our thoughts about how we are supposed to do it but also based on knowledge from other couples.”

Brian comes from a little town outside of Roskilde in Denmark. He came out at 17 “it has to do with a lot of things,” he says, “in my surroundings it wasn’t a problem to come out, and in my family I didn’t really come out. To me it was just a matter of saying, ‘I’m bringing home my boyfriend.'”

As far as parenthood options for gay men, Denmark is a “co-parenting culture.” The majority of gay men tend to go with the co-parenting route, either with a woman friend who they know, or through meeting women on matchmaking websites that are specifically for creating Rainbow Families (see links below). In these websites you can search for other people who also want to become parents and are looking for one or more co-parents who share the dream to have together a child who knows both his biological parents.

In the co-parenting model, all parents involved take part in the child’s everyday life, development, etc.

Surrogacy is illegal in Denmark, therefore men who want to do it have to travel, most go to the USA, for their surrogacy journey.

“I think that it is a quite strange that surrogacy is illegal in Denmark,” Bryan said in our interview, “because Denmark has been on front of every other legislation in the LGBT area. We’re very liberated country but still on this issue we’re very much behind.”

“I feel that the politicians are almost afraid to talk about this subject, because they know that it’s a problem that we are so much behind in Denmark but because it has to do with women’s rights they are reluctant of raising this issue.”

Once you come back to Denmark with your baby, the biological father will have to prove genetic relations through a simple paternity test, in order for the kid to receive Danish citizenship.

Though gay men can adopt in Denmark legally, this is the least common parenting route gay men choose in Denmark. The main reason is: within Denmark there’s an average of 5-10 kids for adoption, and International adoption is just less common.

Bryan Rice is a known pop singer and songwriter in Denmark. His debut single “No Promises” was a huge hit in Denmark in the Autumn of 2005/spring of 2006. Bryan received his first gold record for the sale of 20,000 copies in Denmark, and platinum for more than 13,000 downloads of “No Promises”. Furthermore, Bryan was nominated “Best Danish Male Singer” at the 2006 Zulu Awards. Since then he released 5 albums, all of which are now available on Spotify Bryan is also the man behind the famous Instagram gay dads account Two Dads World Wide.

Ethical Surrogacy. One of the first things that MHB did as organization is to gather a group of surrogates and to come up with what we call Ethical Framework for surrogacy. In most of the countries in Europe surrogacy is either illegal or much more tightly controlled than it is in countries like in United States, and some of the reasons for that are based on a real fear on the part of the people and the governments of these countries that surrogacy can be abused and abusive.

2×02 Family Equality
For our Family Equality Day special we brought on Stan J. Sloan, CEO of Family Equality Council, to speak about the work of the organization and about gay men who don't have kids and would like to connect with LGBTQ... 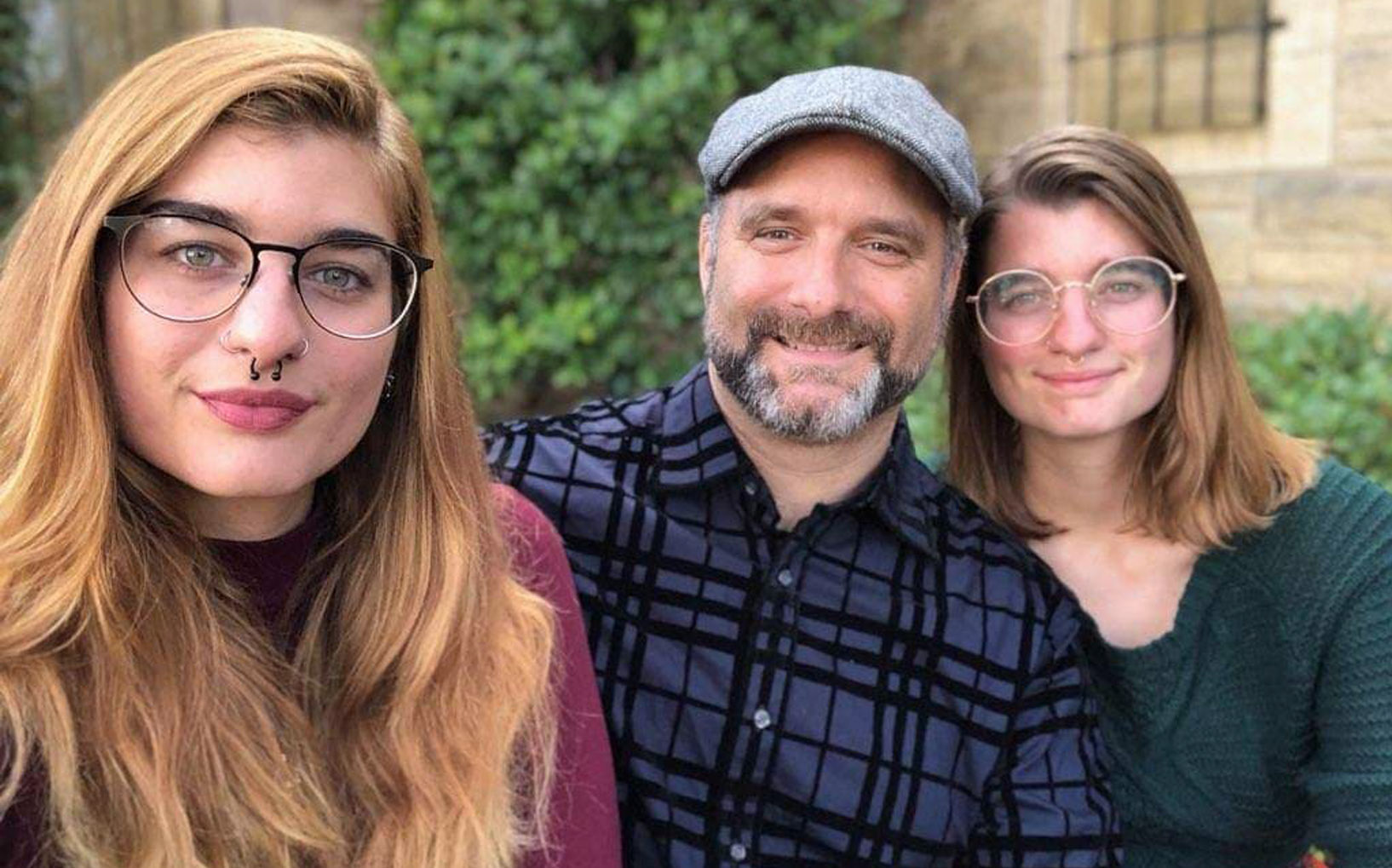 Gay Dads Save The World, Day 21: The Lab Technician
A daily dose of gay dads on the front lines of the global pandemic: Ray Lipinski is a lab technician that manages test results reports -- including CoVID test results. Ray at work Every day we call one gay dad who is... 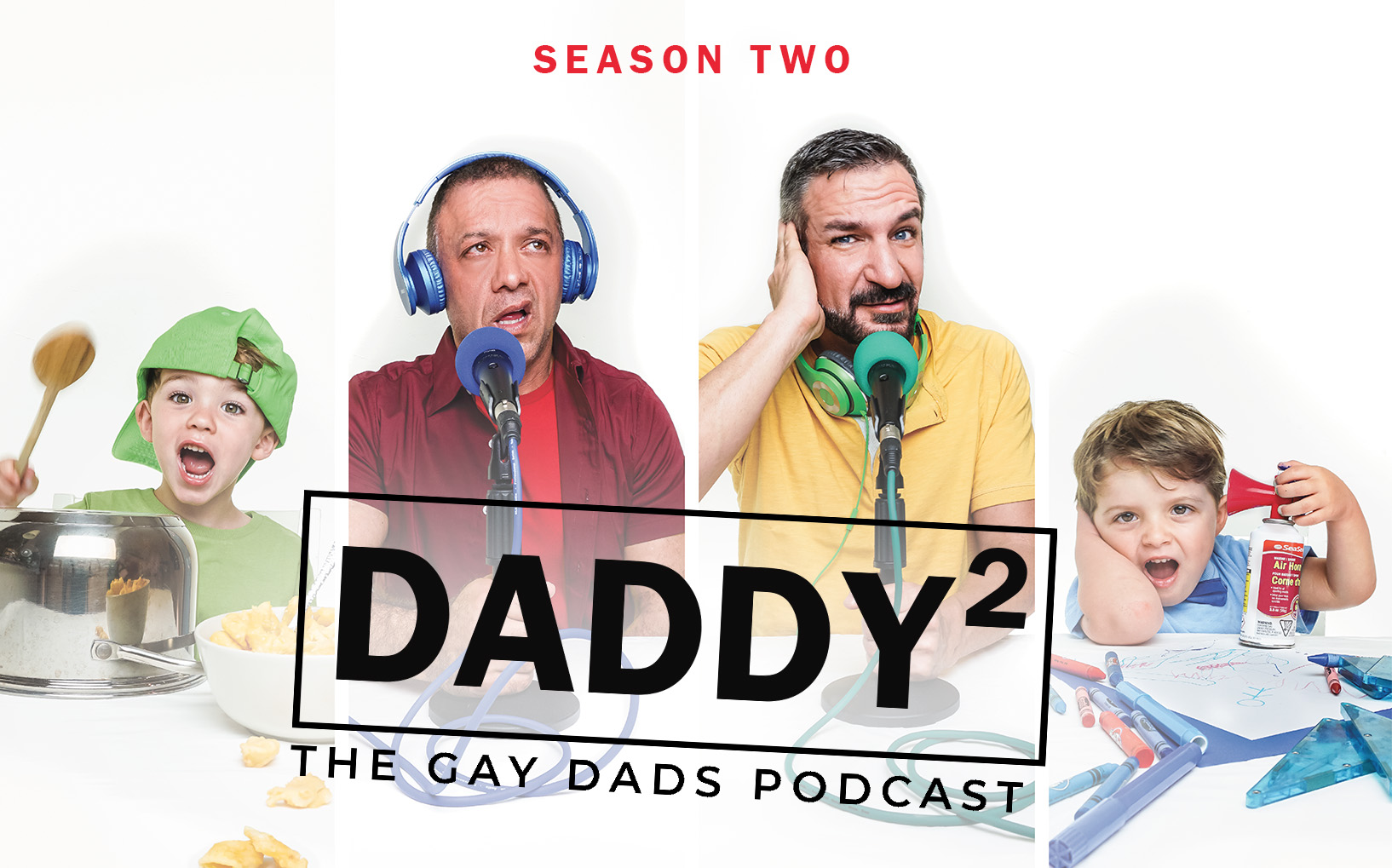 2×01 Surrogacy: Can We Make It Cheaper?
Bringing a biological baby into the world can cost $180,000. For twins it can be around a quarter million. The biggest question is: Can we make it cheaper? Through our podcast we have met so many dads in various stages...