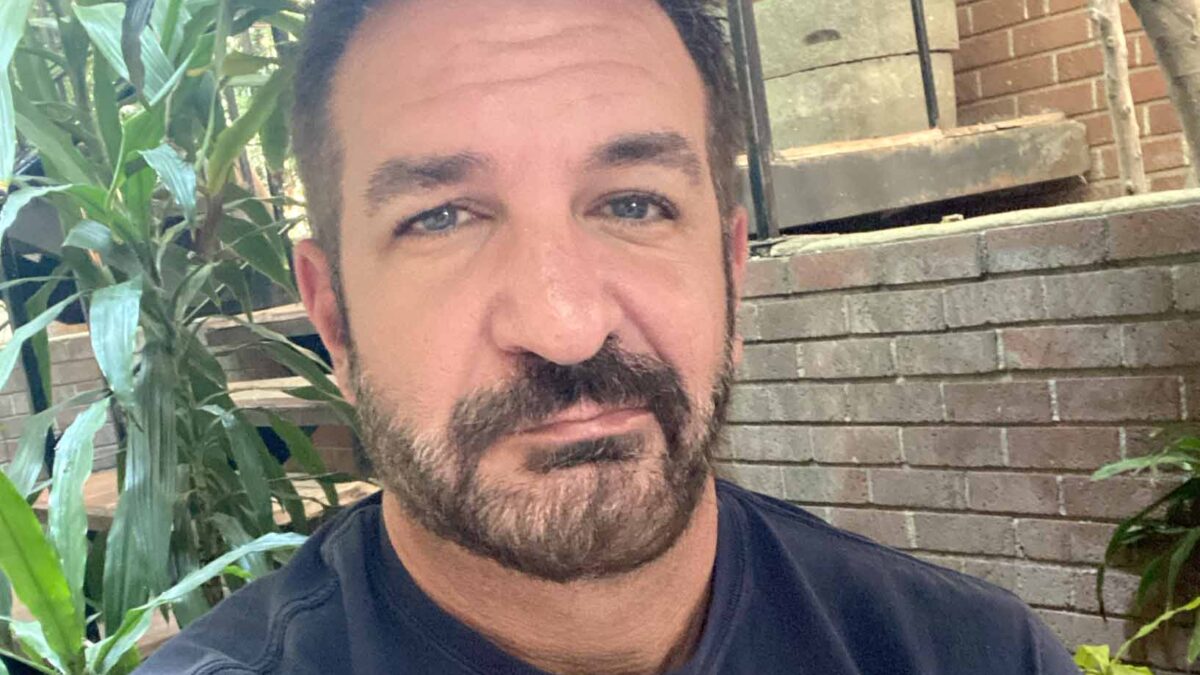 “Tammy,” mom of 16-year-old “Mark” from Detroit, came home from church and noticed her son hadn’t been out of his room. She knocked. No answer. Mark’s dad broke the door down. They found the boy on the floor, unresponsive, barely breathing.

Mark tried to end the pain of being painted as a sex offender. He was bullied and abused harshly and truly believed that he did not deserve to live.

And what was Mark’s great offense? Falling in love with another teenage boy from his church.

Mark’s life was saved at the last minute – the doctors say that if he was found a few minutes later he wouldn’t have been with us. Now, he and his mom want you to hear their story in this heartbreaking article in the Los Angeles Blade.

Mark could have been me.

As a kid, I grew up in the South of Israel, a relatively conservative and harsh region of the country. I was frequently known as “the transvestite.” There was a derogatory name for transgender people back in my day in Israel, “koksinél” (from the French for “Ladybug,” the stage name of a famous French singer and transgender woman, Jacqueline Charlotte Dufresnoy, who visited Israel in the the 1960s). I was nicknamed “Koksi” for short. Not only at school, but also by other boys in town who I didn’t even know.

I was frequently picked on by boys of all ages. They sometimes seemed to bond over abusing “Koksi” and enjoying it. At school, male teachers approached me in a feminine voice to ridicule my probably-more-feminine behavior. I particularly remember my main (female) teacher saying to all of the class after I was speaking about friendships, “See? This is what we all call ‘a homo’.”

I buried myself in pop music and completely devoted myself to Kylie Minogue and the music of Stock-Aitken-Waterman. Music helped me build an inner, safe space, my refuge. I remember writing, almost daily, unsent letters to Kylie, telling her in detail was done to me today.

But I wasn’t like Mark. I took it to a completely different place. I wasn’t allowed out of school and my ignorant parents just didn’t want to (or didn’t know how to) deal with it so they just pretended it wasn’t happening.

I didn’t want to die. Instead, I wanted to show them that I’m a good person despite being different. My wounded and lonely heart was filled with revenge, and I told myself that once I got through high school I’d move out of the house, be free, never see these people again – and I’ll show them!

Luckily, I ended up having one female friend (who, shortly after high school graduation, came out as lesbian). A first experience with friendship unencumbered by judgement. And when school ended things really started to move in a new direction.

It would be an understatement to say that being bullied as a kid left me scarred for life. Being unable to find my “place” in society for so long created left a crater in my ability to form connections with people. I also turned into a “straightophobe.”

I grew up to be an overachiever. Nothing was never good enough. I was never good enough. With everything I did, there was always a voice inside my head saying ‘No, you can do more. You have to do more.’ Looking back now it seems that when I left my parents’ home at the age of 21 (after compulsory army service), rather than running to a new life, I was actually running away from my old one – and I forgot what it was like to stop running.

All those years – and until now, I held to the false belief that I’m flawed. That there’s something wrong with me, because that’s what everyone saw. Every rejection I experience, in all aspects of my life, rings an ear-deafening alarm in my head that I have to withdraw and return to my all-familiar self-protective mode.

But only recently something has changed. It may be that I’ve stopped running but more likely I’ve just learned to pause for a minute to recognize where I am today:

I’m a proud gay man living in a profoundly inclusive California. I’m married to a wonderful man and we raise two amazing boys together.

Our boys are statistically likely to turn out straight, but I’ve come to realize that the horror I endured as a child and how I’ve shared my story with my little kids will play a great part in igniting in them an empathy such that they will never be the bully, will never stand by as others are bullied. I am raising two kids who are programmed to heal kids like me and Mark.

I am accepted at the kids’ school just like all the other (straight) parents. I’m doing what I love for work, helping create communities and connection between people, which is extremely ironic considering what I’ve gone through – but it seems like I never lost hope in humanity.

Every now and then, I get a friend request or a Facebook message from one of my “school mates” who honestly believe that we were friends, telling me how beautiful my family is. I’m not so strong on forgiving and forgetting yet. I wish I could just let them read my diaries. But I just don’t respond while still thankful in my heart that they seem to have changed since high school.

I don’t believe I’m cured from the shame and the pain of my childhood. I still carry so much pain, and damage. And while I keep pushing myself forward to be more and achieve more, I realize now that what I’ve achieved so far is amazing. Some of it is career, family, friends. But more than anything I am sometimes shocked to find myself a happy man – something the high school me could never have imagined.

So, dear Mark – They say “it gets better.” How overjoyed I am that you survived, that you are still here with us. That you can grow and live and laugh. High school will end, and then you have to just follow your heart to happiness.

And to Mark’s mom – as a parent, I cannot imagine what you’ve been going through. Raising children is so hard these days, and the thought of losing your child – it’s unbearable. I’m so happy that you didn’t get to it, and even more – I’m happy for Mark who is blessed with a mother like you, who not only does not disown him in the name of religion, but also working to heal the world from such relationships between parents and kids. You, and your son, are a blessing in this world! 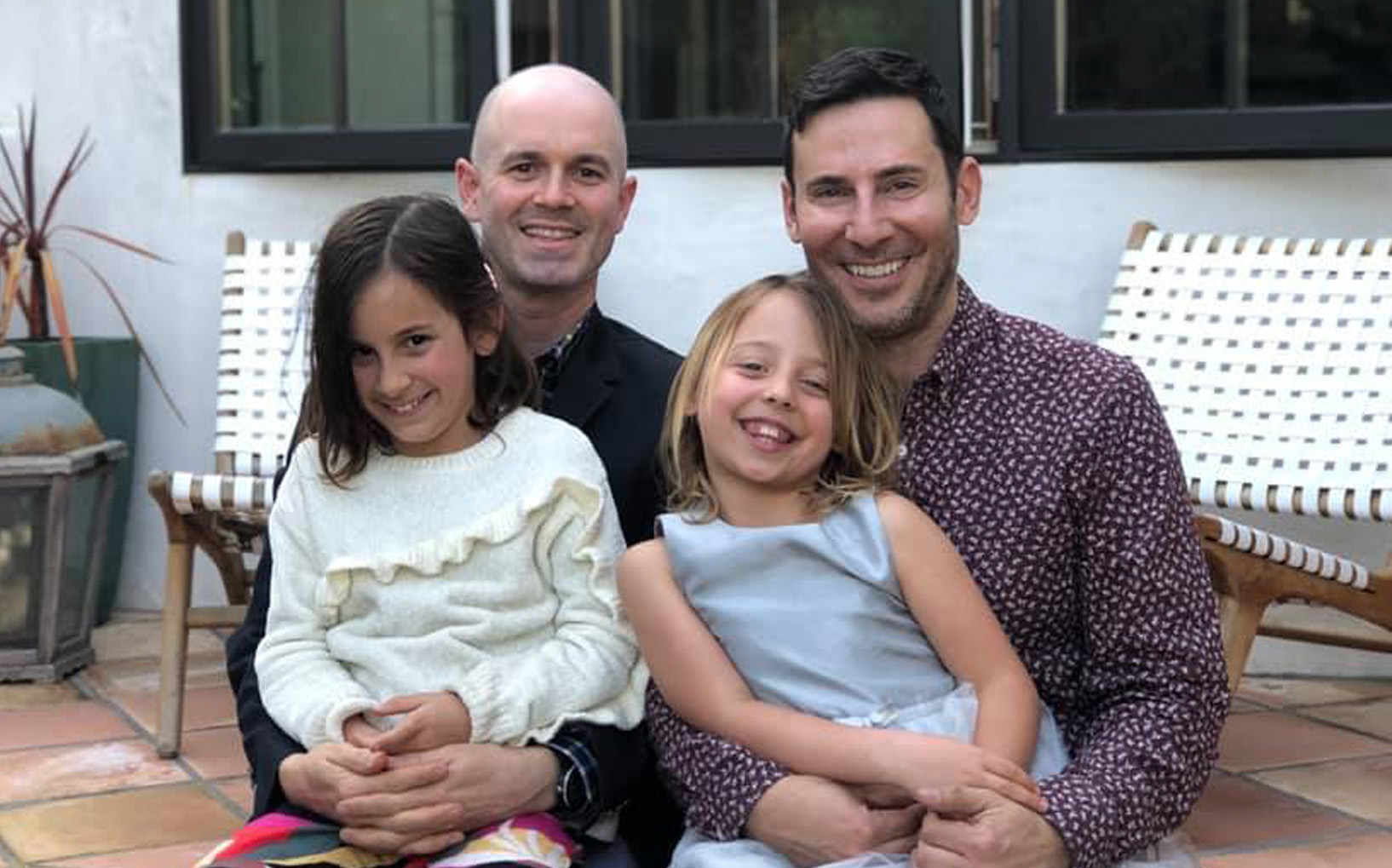